Some movies are synonymous with their settings, such as “Central Perk” in Friends, and “Monk’s Cafe” in Seinfeld. But the movie where people followed the footsteps of the actresses the most was “Sex and the City”. Almost every girl wants to be in Carrie’s shoes (and closet); the special thing about the locations in this movie  is that they are real and not made up sets.The photos in the post are of the Buddakan NYC restaurant, where Carrie and Big had to rehearse for the wedding. Not only do I like this place because it was in Sex and the City, but because it was designed by one of my personal favorite designers, Christian Liaigre.

Where there was once a neighborhood full of slaughterhouses and meat packing plants, the area developed into a trendy spot full of fashion boutiques, top notch restaurants, and designer hotels such as Pastis . The advantage of the lofty industrial warehouses is the ability to create restaurants with tremendous scale. Named one of “America’s Top 50 Restaurants” by Travel + Leisure magazine, Buddakan has attracted an all-star clientele with its Modern Asian cuisine and dramatic atmosphere. It cost around $14,000,000 for an area of 1486 sq. m and accommodates up to 320 diners.

To check out a slide show of Sex & the City’s most famous NYC locations click here.

Buddakan is the New York sequel to its Philadelphia namesake both belong to restaurateur Stephen Starr. An interesting article in the NY Times Daily Journal  by Frank Bruni reveals how Mr. Starr was approached:

“Mr. Starr said that when the movie’s producers asked him if they could use his restaurant, he said an instant and emphatic yes, even though it meant shutting the restaurant down for a day and a half of filming. 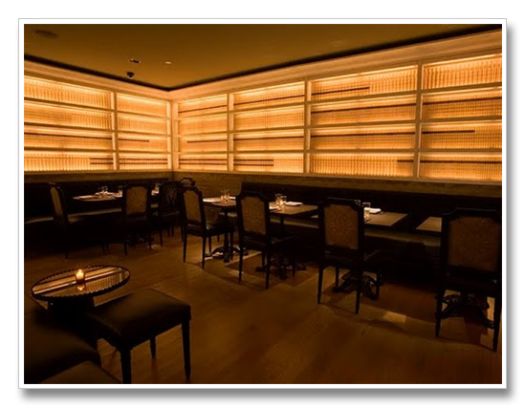 That’s because he knew. He just knew. Put a pair of Blahniks on Carrie Bradshaw’s feet and her acolytes will find their way to those shoes. Put Carrie and Samantha and Charlotte and Miranda at a dinner table in a splashy setting, and their devotees will figure out where they’re supping, and sup there themselves. 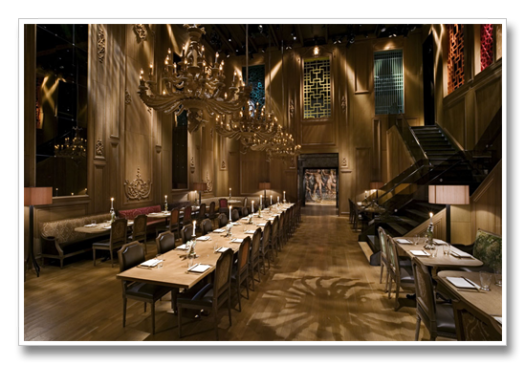 Since the movie opened, he said, thousands of diners — mostly women, many from abroad, especially Japan — have arrived at Buddakan for the first time, inspired by the movie.” 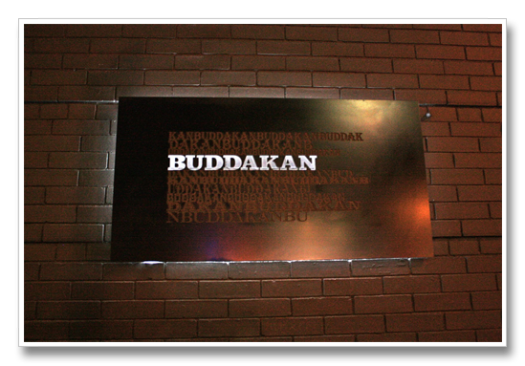 Born in the west of France, designer and decorator Christian Liaigre studied at the Paris Academy of Fine and Decorative Arts, and taught drawing technique at the Academy Charpentier, before taking ten years away from Paris to devote himself to horse breeding.

Christian Liaigre started his own label in 1987 with the opening of his first showroom in Paris, followed by a second Parisian showroom, later followed by London, Bangkok and Saint Barthélémy in the Caribbean. He concentrates on developing research both in interior architecture and furniture design with his studio team composed of twelve interior designers and architects. His interiors and furnishings are on display in a number of classic Tablet hotels, including Le Sereno, Hotel Montalembert, and the Mercer, among others.

In 2004, Christian Liaigre had his first book published. It features eight of his projects completed during the course of the last five years. Nowadays he devotes himself in particular to working on island projects. Major completed jobs include the Market restaurant in Paris and the Mercer Hotel and the Rupert Murdoch residence, both in New York. As it happens, domestic housing on several continents presently predominates among projects in work. Christian Liaigre is also the designer of the famous Hakkasan restaurants.

3 Replies to “Sex & the City in Baddakan NYC | Restaurant Design”