I was intrigued by the work of this artist, not only for being creative but for holding various political messages and symbols of certain parts of history as well. The use of logos of popular American brands and images of American history makers or even negative aspects in their past are strongly present in all of his work. 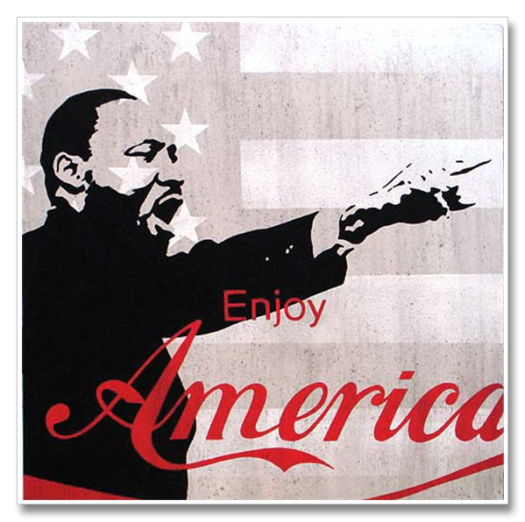 Stelio Diamantopolous was first inspired by surrealistic art, he slowly turned towards political Pop Art. His strong views on the power behind standardized ad campaigns and the way portraits void of any trace of humanity have become commonplace, underlines the disintegration of our relationship with symbolic figures. 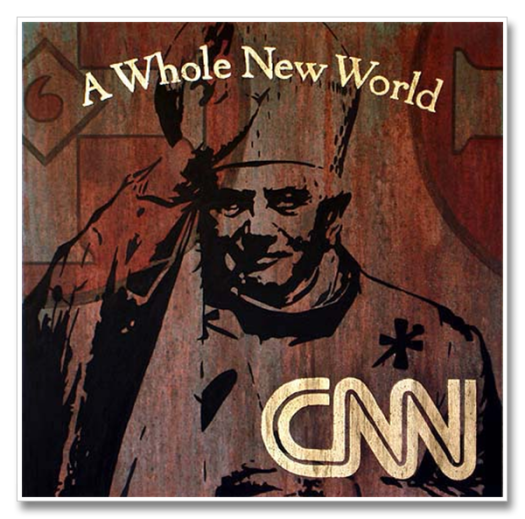 His characters only reveal silhouettes cut-out like so many urban stencils.
Starting with the most improbable juxtaposition of elements taken from everyday life, the series Enjoy Liberty , Consume and Made In claim our individual responsibility as consumers confronting subliminal advertising.

STELIO DIAMANTOPOULOS
Born in 1967 in Basel, with a degree from the Basel School of Fine Arts, Stelio Diamantopoulos began his career as a graphic artist in advertising before devoting himself exclusively to his art.
The works of Diamantopoulos have been seen in Paris, London, Geneva, Monaco, Munich, Cologne, Basel, Zurich, Singapore, Hong Kong, Seoul, New York and Miami. They are part of several collections, exhibited mainly in Germany, Switzerland, Italy, Great Britain, Morocco, Lebanon, the United Arab Emirates and the USA.