It is time for a “10 Best of”, and in this post I will be listing the watches. Dr. Patrick Chourgnoz is a world class time keeper and consultant to European railways which are known to “time the best”. Nathaniel Lande and Andrew Lande alongside Dr. Chourgnoz compiled this list of the best watchmakers, based on time precision, style, and grace.

Patek Philippe  is a “complete” manufacture that not only sustains a unique level of vertical integration in movements but also produces its watch cases and other key exterior elements in-house. Thus, the quality specifications at Patek Philippe relate not merely to the movements but to the entire finished watch.

As of Spring 2009, all of the manufacture’s mechanical movements will  be embossed with the exclusive Patek Philippe Seal. This is the evolution of a philosophy of quality and independence that the workshops in Geneva have been systematically pursuing since the company was founded in 1839. 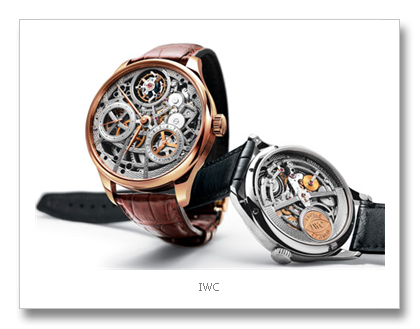 Since 1868, IWC watches have been considered legendary among true connoisseurs of timepieces. The founder of the company is American, he had the parts made in Switzerland and then shipped to the United States for the final finishing.

IWC’s motto is Probus Scafusia , meaning "good, solid craftsmanship from Schaffhausen" and was established in 1903 as the "Official Motto".

Vacheron Constantin is considered as Switzerland’s oldest and continuously active watchmaker. The women’s Kella collection consists of watches made with Gemstones, the men’s Malte collection has sweeping sword-shaped hands and a Maltese cross on the face.

This has to be one of my favorite brands for Men’s time pieces. Very innovative, young spirited & luxurious. Breitling have been in the business since 1884. They utilize technology in addition to very advanced designs. The watch in the photo is from their latest collaboration with Bentley.

Rolex is one of the most well-known watch brands around the world and known to be one of the most luxurious and refined names in the watch industry famous for attention to detail and meticulous designs.

Breguet is the watch Sir Winston Churchill, Queen Victoria, and Arthur Rubenstein preferred. This is a brand known for being distinctive and elegant.

Synonymous with the famous Cindy Crawford & George Clooney, OMEGA has always been driven by its pioneering spirit: six lunar landings; the first divers’ watch; the world’s only certified marine chronometer wristwatch. No watch company in the world holds more records for accuracy. OMEGA is also a world leader in sports timekeeping. In OMEGA’s long history, the brand has created an enormous number of timepieces made important by their technical innovation, their unique design, their precision or the role they played in history.

This is the only watch on the list that has origins from France. You can always trust Cartier for delivering the most elegant designs, after all they are the pioneers in jewelry designs and trends. The Santos was the first watch introduced by Louis Cartier in 1904. It was named for his friend the aviator Alberto Santos-Dumont so he could tell time without taking his hands off the controls of an airplane. 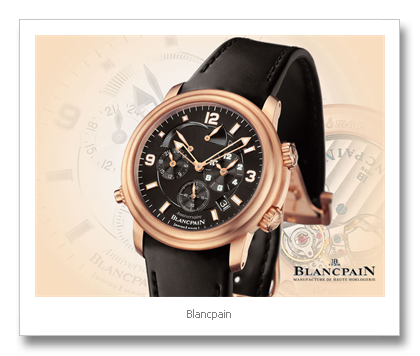 Blancpain workshops turn out thousands of different parts, the smallest of which are barely 0.05 mm thick – the thinness of a hair. Little wonder that the movements are protected under glass between manufacturing operations against the smallest speck of dust right up to the instant they are assembled by hand – no mean feat, even for Blancpain’s immensely skilled watchmakers. 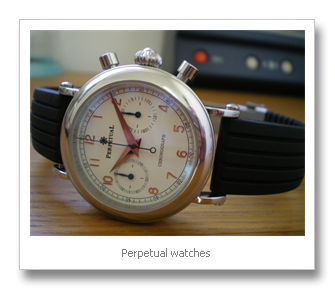 Well the website of Perpetual Watches wasn’t very impressive, but this brand is known for having magnificent precision timepieces including accurate regulators and tourbillions, designed by Alex Lee.

Which is you favorite?