Don’t get me wrong, I am totally against smoking in all forms. However, when you live in the Middle East you get used to the idea that many people plan their entire outing around the availability of the “Narghileh , Argeeleh, or hooka ”, if you boycott that, you might end up going out alone. Due to its “social aspect”, restaurants and cafes have been making it an integral part of their menus. Some even are dedicating a whole menu to its flavors. Since it has a very down to earth image, many have been working on altering its image by creating very stylish ones such as the Lebanese concept “Café Blanc”, I always thought they had the best looking narghile’s until I came across Airdiem at Maison et Objet last month. 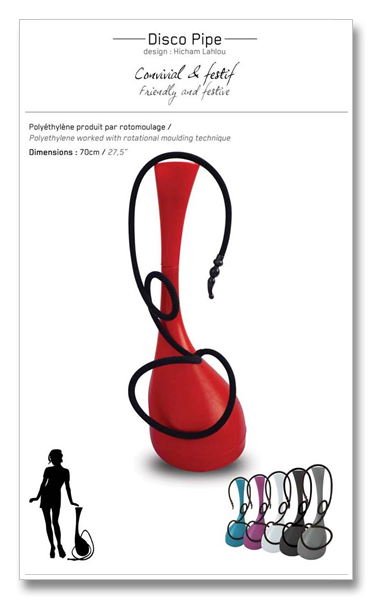 In spite of all the non-smoking campaigns all over Europe, I was shocked with the number of smokers in France, and especially the large number of narghile users in the cafes on the Champs Elysee. Airdiem is a French company and the world’s leading manufacturer of today’s narghiles_ Over the past 4 years Airdiem and its team of international designers has brought a totally new approach to a product which is over 500 years old.Among their designers is the famous Nedda El Asmar who works for renowned names as Hermès, Puiforcat, Royal Boch, Eternum, Gense, Villeroy & Boch, Robbe & Berking, Obumex, Vange and Carl Mertens.

France has a tradition of producing the most outstanding narghiles and put the product on the world stage with designs by Baccarat and Saint Louis in the late 19’" century. Airdiem’s research and design team have created a modern version to suit demanding customers demands and lifestyle. Stable levels of heat are at the heart of the matter, their research and development teams have engineered a unique burner and selected materials that guarantee the constant flow of heat. 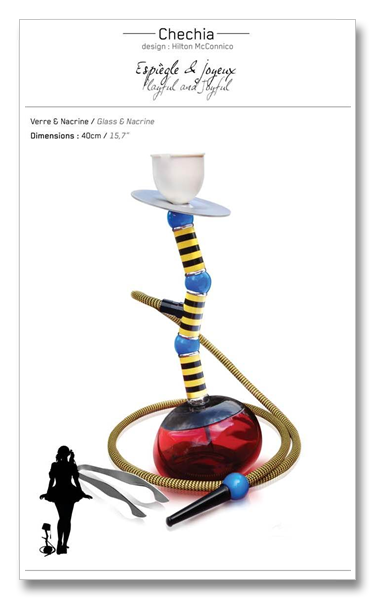 Airdiem are the suppliers for narghiles for luxury hotels and restaurants in the region. In Kuwait they are working with Missoni Hotel which will officially open very soon. Their product uses only high end finishes and has numerous accessories. 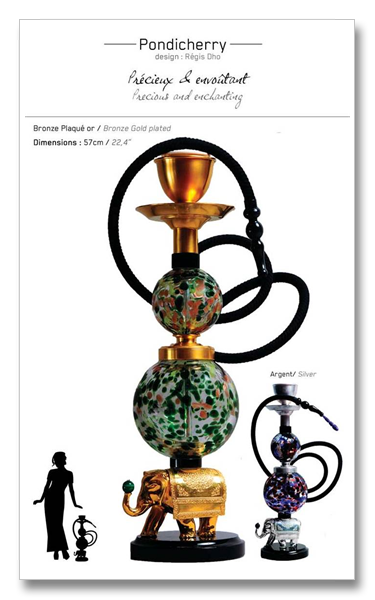 Let me know if you need any additional information.